Welcome to the start of your amazing journey into the Flores isles. First stop : Labuan Bajo! 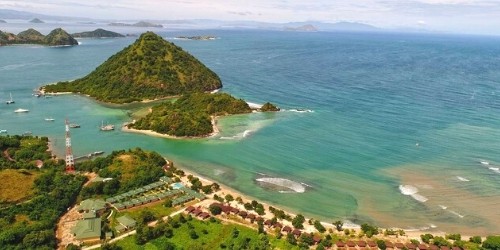 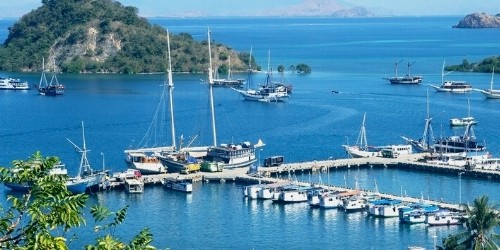 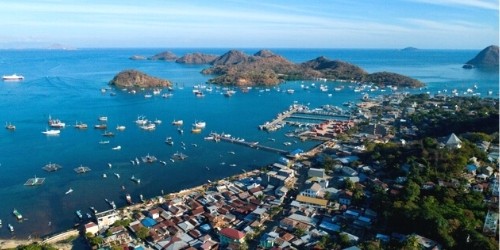 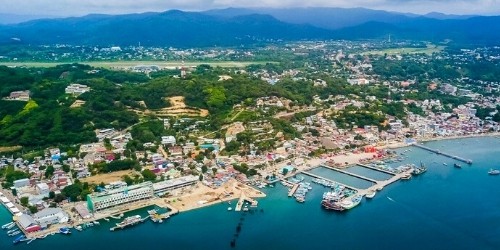 This is where you will land if you are setting off for a cruise of the Flores islands. Do not fret though if you are arriving a day or two before the departure. This town has a lot of things to offer and places to explore. Can you believe that this bustling marina was once a small fishing village? We even advise that you stay a few days after your trip through the Komodo National Park. This will be the perfect chance to soak in the town feeling. But how do you get to Labuan Bajo, you may ask. What is there to do, and are there any great places to stay after your trip?

How to get to Labuan Bajo

What makes the Flores Islands a great destination is its access!

Labuan Bajo has an airport called the Komodo International Airport (LBJ). Despite its smaller size, there are many direct flights from major cities. Labuan Bajo’s international airport is a breeze to get to, only a 10-minute transfer to the marina.

With direct flights from major Indo cities, try out an Indonesian staycation.

Wanting to escape the city? Do not worry, you won’t feel left out. Surrounding international airports offer flights as well. Leave from Singapore or Hong Kong in the morning and have your feet in the ocean by the afternoon!

Labuan Bajo airport accommodates Air Asia, Batik Air, Citilink Indonesia, and other S.E. Airlines. You can book according to your preference, and arrive in paradise with ease.

Where to stay in Labuan Bajo

With a growing demand, there are many hotels and resorts in Labuan Bajo — over 150 of them!

You can choose from authentic homestay experiences to 5-star resorts. Finding a great place to stay in Labuan Bajo is easy and many offer amazing facilities and views.

Collect ideas of your paradise getaway, and you will find a place to fit that dream.

For example, treat yourself to AYANA Komodo Resort on Waecicu beach. The only 5-star resort in Labuan Bajo but it earns its place! It is a luxurious experience, attracting honeymoon couples and searchers of breath-taking accommodation. If you don’t have the time to spend the night or just waiting for your plane, you can always enjoy a cocktail on their water-front terrasse.

You can book a taxi from Komodo International Airport to AYANA. The transfer via taxi is only 10 minutes.

What to do in Labuan Bajo

For us, we think it is an essential part of the Flores experience to discover this local town.

Why not live your summer vision, driving with the wind in your hair? Rent a bike and go up to the hills surrounding the town. Watch as the sky falls into orange dusk while munching on a traditional delight. Stare up at the starry sky as you’ve never seen it before.

Travelling through the outskirts of Labuan Bajo is the perfect moment for serendipity.

2. Dive (literally) into the mystical Rangko Cave, and its natural baths.

There is no better place to meditate. Hear the water droplets fall into the natural pool as you float across its waters. You will watch as the reflection dances around the ancient walls of the cave. Outstanding.

The Rangko Cave is a 30-minute ride out of the town.

Just do it. Indonesia has some of the best food in the world. Labuan Bajo is no exception. You can have a sumptuous breakfast of colourful smoothie bowls. Give in to the freshness of caught on-the-day fish at the local fish market, seasoned to your liking.  Explore the small warung‘s in the backstreets and fall onto your new favourite food.

Your taste buds will be overjoyed.

Don’t miss out on the often overlooked beauty of Labuan Bajo.

If you have the time, spend a couple of days after your charter enjoying what the island life has to offer before going home. It is also the perfect opportunity to relax after an adventurous few days through the Flores islands. Enjoy!

Want to know more about how you can visit Labuan Bajo?

WAE REBO:
A seven-housed city above the clouds

TAKA MAKASSAR:
An isolated sand-bank that disappears during high-tide

SIABA:
Welcome to the Turtle City

RUTENG:
The nicknamed City of Rain

KOMODO ISLAND:
Be face-to-face with the world’s largest lizard

KANAWA:
A small island in the middle of the Flores sea

KALONG:
Watch as the starry sky is filled with bats

Hello! How may we help you?