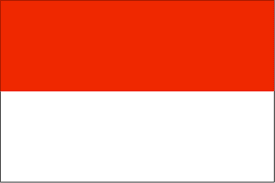 Aqua Blu is the renowned boutique cruising specialist Aqua Expeditions’ first foray into Indonesian waters. Originally built in 1968, she underwent significant refurbishments in 2017 and launched in Indonesia in late 2019.

This striking expedition yacht is a unique vessel with a fascinating past and a penchant for delivering ultra-luxurious cruising with the convenience of speed and sturdiness across the Indonesian archipelago.

Aqua Blu cruises in western Indonesia during the summer months, including Bali, Sumbawa and Komodo National Park, before heading east to Raja Ampat during the winter months, via the Alor archipelago and the Spice Islands. A crew of 25 caters to guests onboard, including a cruise director, dive instructor and guides.

The main deck hosts five cabins, including two doubles and three twins. On the lower deck are three double cabins and two twin cabins. All cabins offer natural light, with cabins on the three top decks offering large windows, while the lower cabin cabins have portholes.

On the main deck, guests will find an expansive salon and separate dining room, with outdoor seating on the aft. The forecastle deck has a library and TV room as well as the sky lounge bar, with further outdoor dining and seating on the aft. The spa and Jacuzzi are located on the bridge deck, while the sun deck features a large lounge bench and sun loungers.